Marvel announced today that nine new films will be added to their movie slate up until at least May 2019. A liveblog from the El Capitan theater broke the news. Everything on the list has been rumored about prior, but seeing it announced officially is oh so satisfying. Check it out.

Additionally, it was announced that Scott Derrickson will direct Doctor Strange. According to Feige, Ragnarok means “the end of all things.” There have been many characters to don the title of Captain Marvel, but this rendition will be Carol Danvers. Chadwick Boseman to play Black Panther/T’Challa. Here is a conceptual poster for Black Panther, who will appear in full costume during Captain America: Civil War. 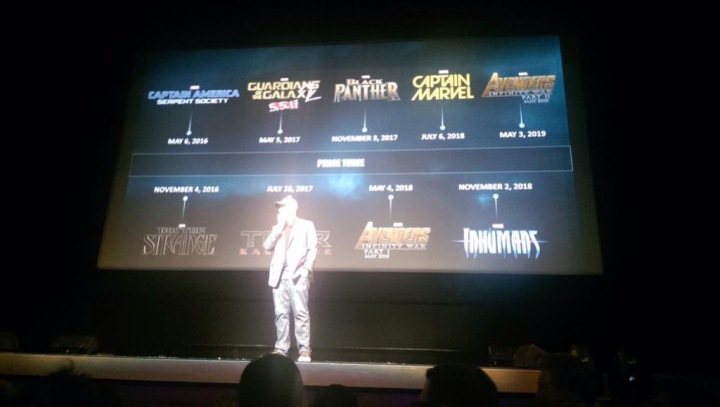 33 thoughts on “Marvel Announce Nine New Films to their Lineup”