Below are a number of set pics taken in Vancouver, BC, on set for Star Trek Beyond, the third in the Star Trek reboot trilogy. The photos come courtesy of Screen Crush, who also posted a set video, which was promptly removed by Paramount. Featured in the pictures are actors Chris Pine (Captain Kirk), Simon Pegg (Scotty), Anton Yelchin (Chekov), and Sofia Boutella.

Boutella plays an all new character and, from the looks of it, an all new race. Unless I’m wrong and this race has appeared in Star Trek previously. Please let me know if I’m wrong. Either way, she looks tough, and the makeup is well done.

Also, it’s interesting to point out that Pine’s Kirk is finally doing his hair like Shatner’s Kirk. His Starfleet outfit is very… space age, and in some shots reminiscent of Han Solo. I like it, either way.

The green screen can literally be the backdrop for anything, so discerning what is going on in this scene is extremely difficult. It looks to me as though they’re on the top of some ship or bunker – but really the platform they’re standing on could work for just about anything. What do you think? Are you excited for the upcoming Justin Lin directed Star Trek sequel? 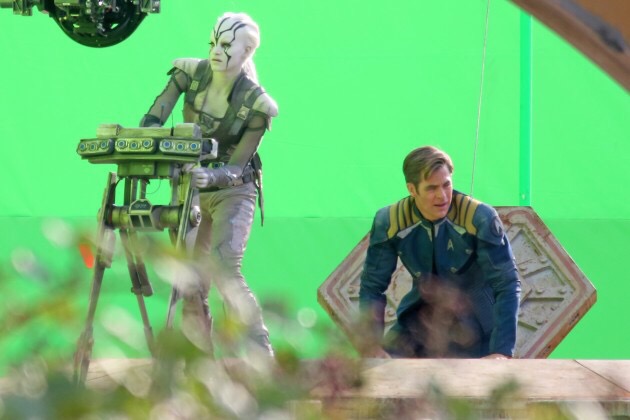 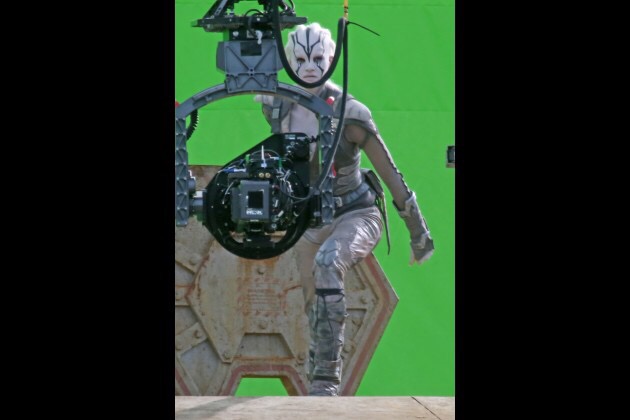 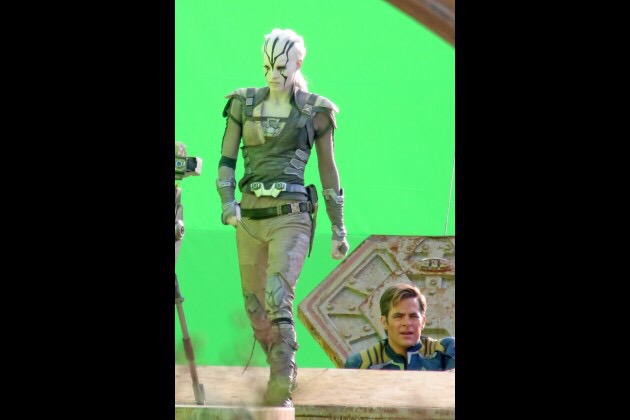 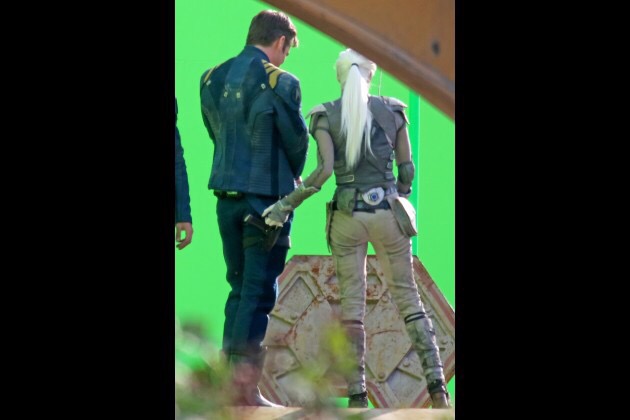 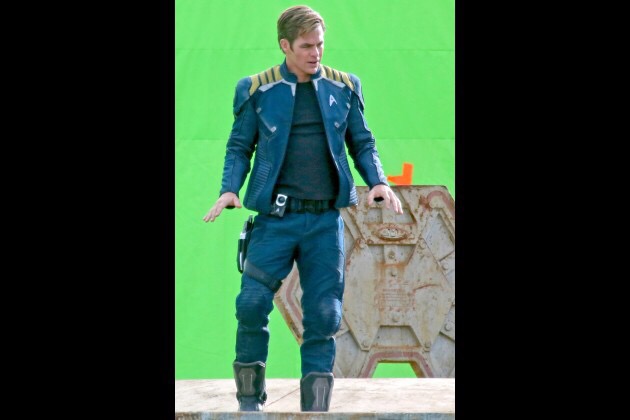 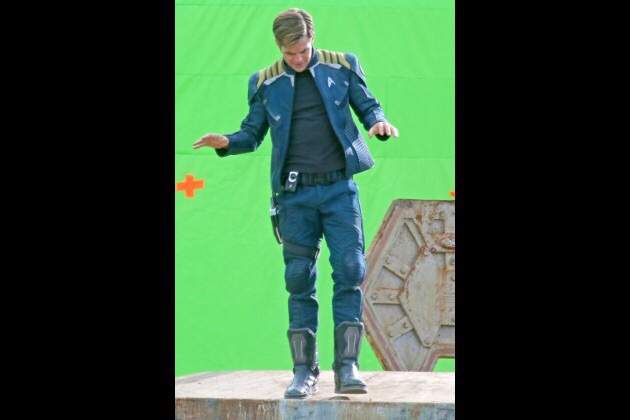 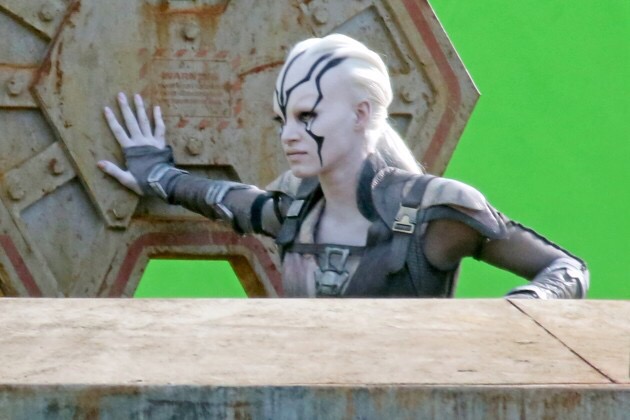 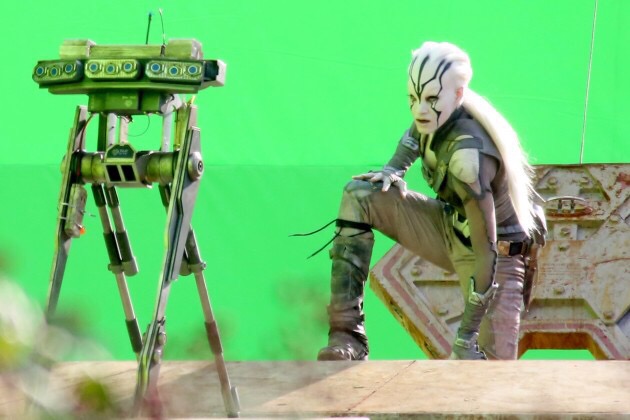 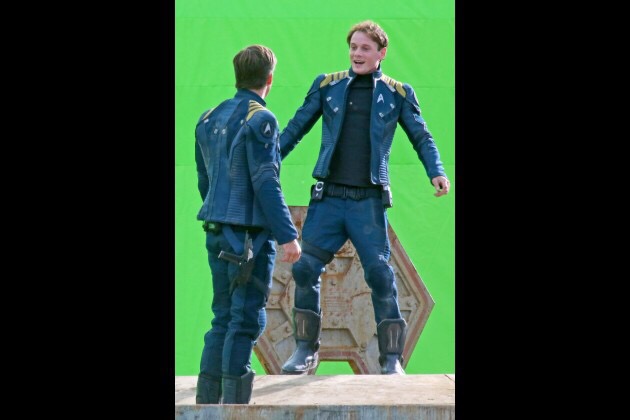 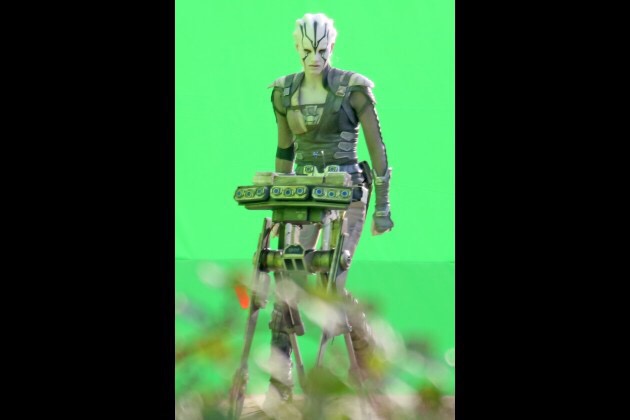 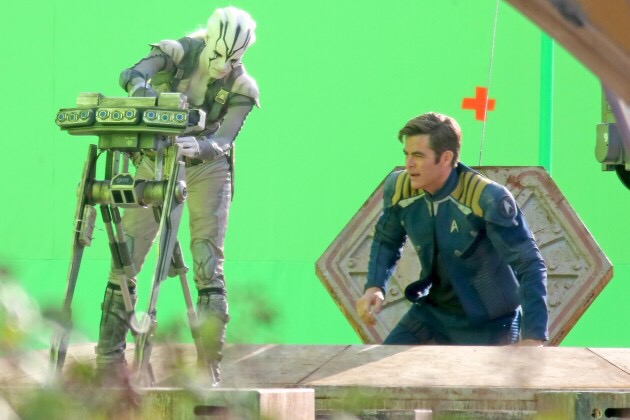 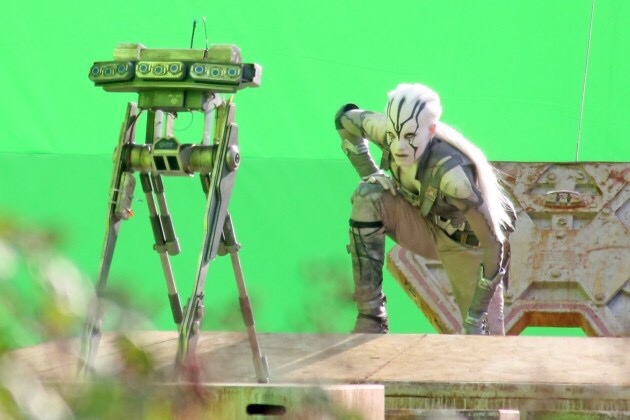 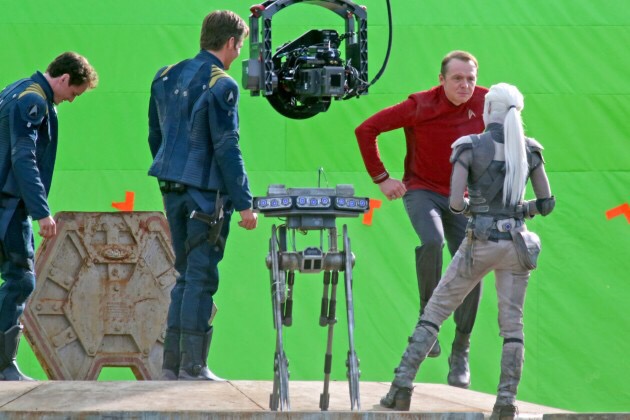 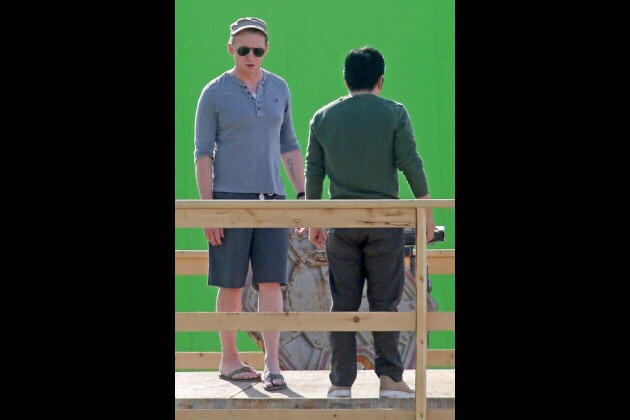 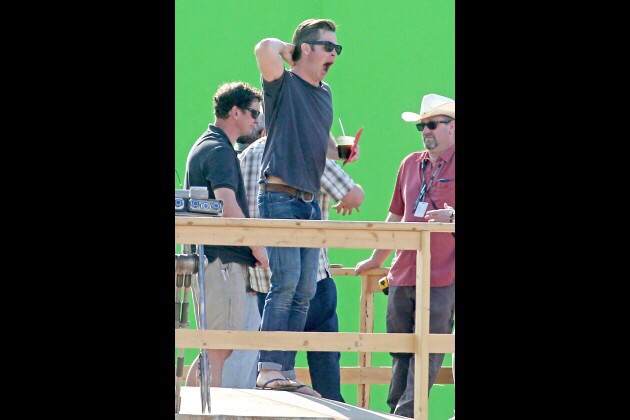 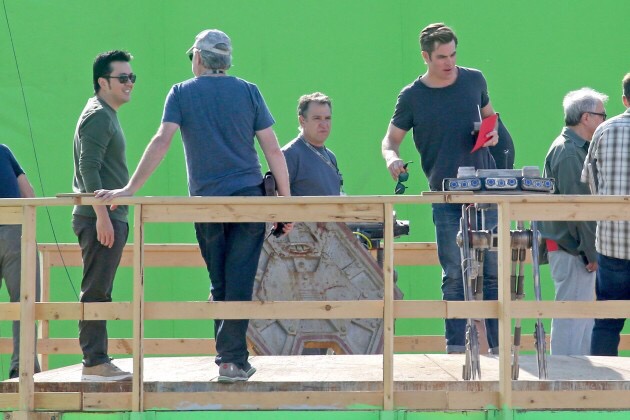