Hey guys and gals. I wanted to share a neat find I discovered earlier today. I was checking out at the register of my local CVS and was on my way out of the store when an item on the counter demanded my attention. An all new Star Wars: The Force Awakens playing cards deck! (In fact, there was a whole untouched package full of them, so I assumed they were just placed out). Impulse buyer that I am, one of these decks left the store with me.

As far as I can tell from online retailers, the deck of cards was just released today (but I may be wrong). Some of the promotional art and screengrabs that appear in the set seems to be wholly new however. I’ve seen a handful show up on the highly addictive Star Wars Card Trader app, but much of this is quite fresh. The deck contains 55 cards, none of which are duplicates. Sadly, no Luke, Leia, or Han. The set highlights both Resistance and New Order factions. Take a look! 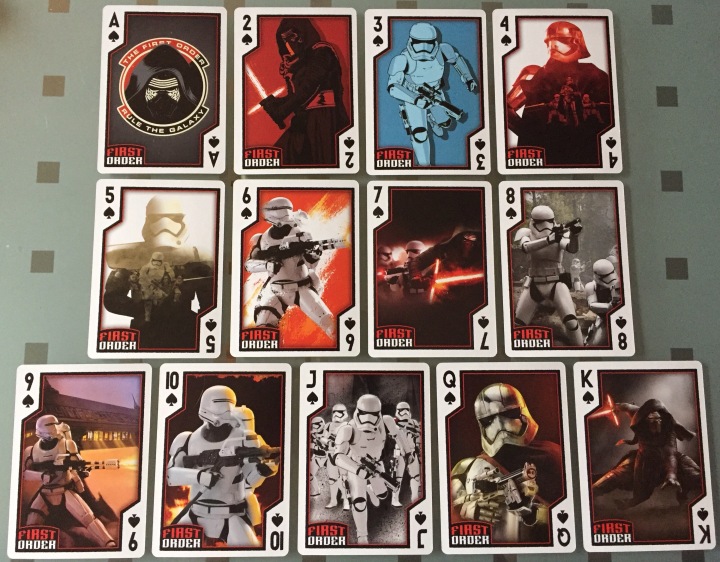 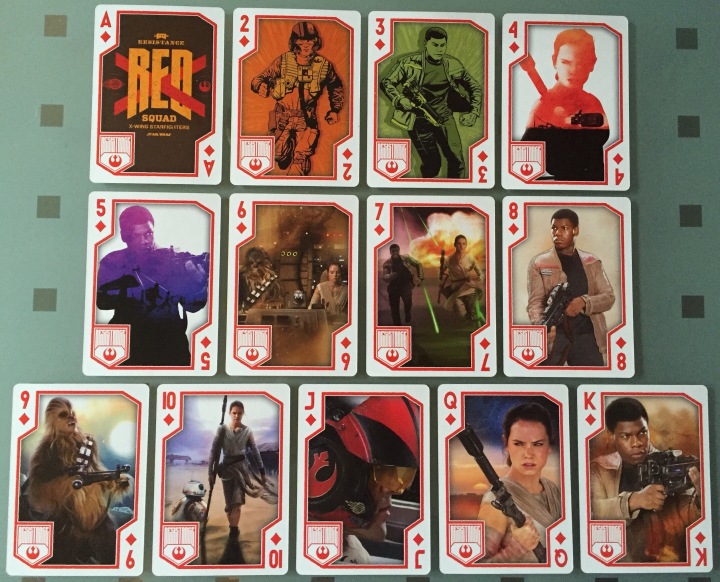 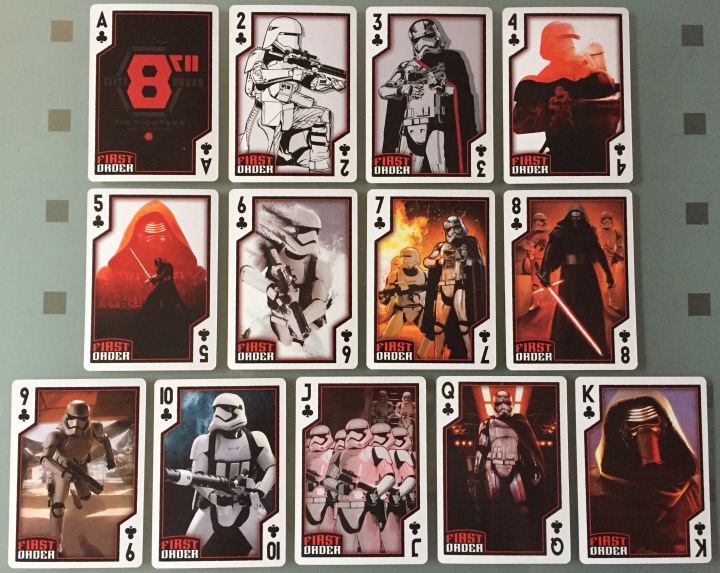 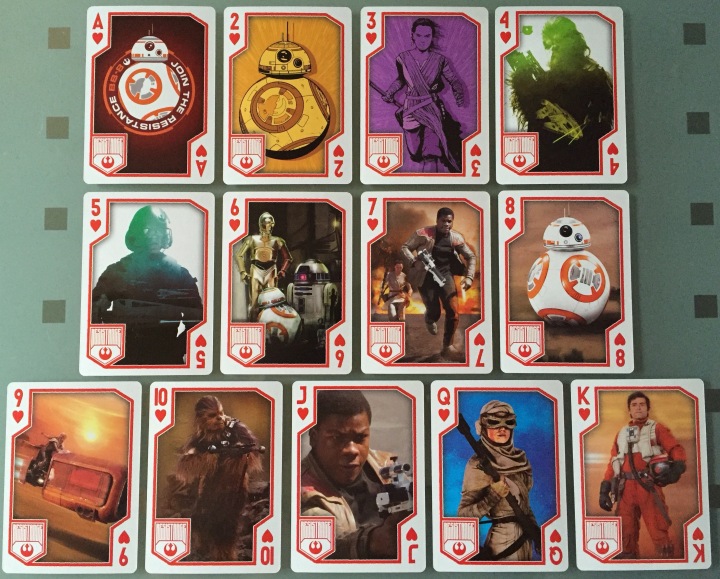 A quick complaint I feel obligated to mention is the Jack and Queen of hearts. That is a really unflattering shot of Finn. And who blew up the saturation on Rey’s Queen card? She looks deathly.