September 4th saw the release of both Chuck Wendig’s Aftermath and Claudia Gray’s Lost Stars. Both novels added plenty of new material to the as of yet bare-bones canon universe, but left us wanting more. The next book to be released that’ll fall under the new canon umbrella is the Battlefront tie-in book, Twilight Company by Alexander Freed, which arrives on November 3rd.

But other than that, we didn’t really know what to expect next. Until now. At New York Comic Con, a panel was held for Star Wars publishing which announced three new novels. Two from Chuck Wendig, and a third from Claudia Gray.

New Republic: Bloodline, the second Star Wars novel by author Claudia Gray is sadly getting decidedly less press, although they were announced together. And this book arrives before the other two, on March 29th, 2016! I don’t think this is an instance of gender-bias as much as it is genre bias. Claudia Gray is known for her YA literature. Lost Stars was marketed towards a young adult crowd, so it passed the attention of more professional reviewers sadly, and because it doesn’t fall neatly in the timeline as it’s written over a period of 20 years it seems missable. It’s truly one of the better Star Wars books around. Bloodline isn’t mentioned as being a sequel to Lost Stars, and it may not even revolve around the same characters (although I would love that), and it’s not yet known if it will be a young adult book. It takes place 6 years prior to The Force Awakens, making it the closest book title to the new film (that we know of). 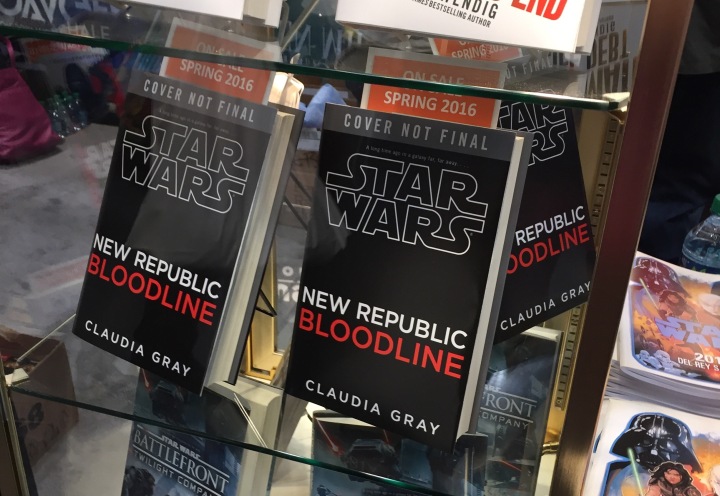 Aftermath: Life Debt and Aftermath: Empire’s End close out Chuck Wendig’s Aftermath trilogy, arriving on May 31st, 2016 and sometime in 2017, respectively. Most likely they’ll follow the same cast of characters developed in the first novels, and will continue giving us a plethora of interlude snippets from around the Galaxy. It looks to me as though we’ll be seeing the end of the Empire, if that title is anything of a spoiler. 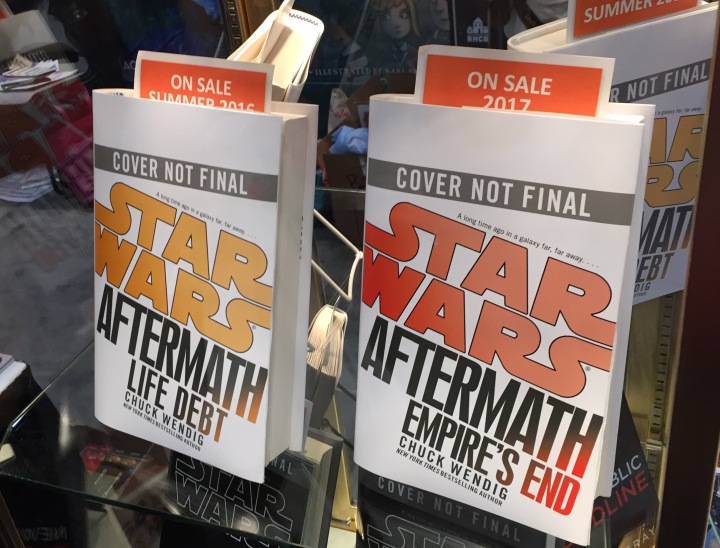 These won’t be the only books from the range to look forward to, don’t worry. It just made sense to announce these three since the authors were available for Comic Con. We’ll likely have another 3-5 by the time the third Aftermath arrives. Stay tuned.