It’s been over a month since the release of Overwatch, the latest installment in Blizzard Entertainment’s extensive catalog of world-famous titles. Overwatch is Blizzard’s introduction into the world of first-person shooters and they, must I say, came out with a bang. The world of Overwatch is beautiful with vibrant colors from the landscape to the very heroes themselves. To many it’s a shooter absent of any actual story mode, but as you look at the larger picture, it’s rich with lore in a universe not fully revealed yet. It sports a roster of 21 heroes, each one with unique abilities and strengths/weaknesses. There are 12 maps and 3 game modes that you can play through (with competitive mode coming soon). It provides a fun environment that can captivate both casual and competitive gamers alike. 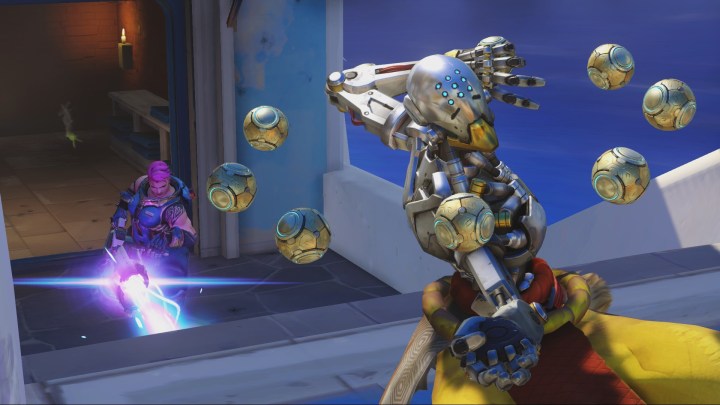 Overwatch is team-based and thus is heavily dependant on a balanced team composition for success within each round or match. There are 4 classes that each character is assigned to and it is crucial that a character from each class is selected in every match. These classes have very important roles to play and it’s very important that they are played properly. These 4 classes are Offense, Defense, Tank, and Support. They’re pretty much self-explanatory with the offensive heroes providing the damage, the defensive heroes keeping away enemy heroes, tanks soak up most of the damage and protect the other heroes, and support heroes provide healing along with other buffs. With the selection of heroes and roles being so diverse in the game, it’s almost a guarantee that everyone will find the hero they play their best with or “main”.

This may or may not sound like a lot to remember, but it’s not as bad when you actually play and feel the game out. It’s worth taking the time to check it out and see why everyone is raving about it. Only a month out, and it has over 10 million players across PC, Xbox One, and PS4! Blizzard plans to continue to expand the game by adding more heroes, maps, and modes. The video below is one of the many cinematics Blizzard released prior to the games release. I particularly enjoy these videos because they have a very Disney/Pixar vibe to them.

Join Overwatch and save the world from tyranny!

4 thoughts on “Why Overwatch Works So Well”