Spoilers ensue, obviously.
Yesterday saw filming of (purportedly) episodes 4&5 of Doctor Who Series 8. Loyal fans were, as always on the scene. These photos were taken by mugim0e and Timeboyy. For more, check out their page. Filming took place at the Hadyn Ellis Building in Cardiff University. 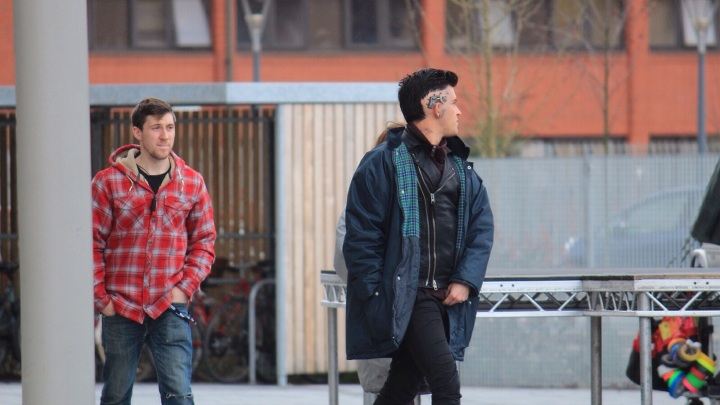 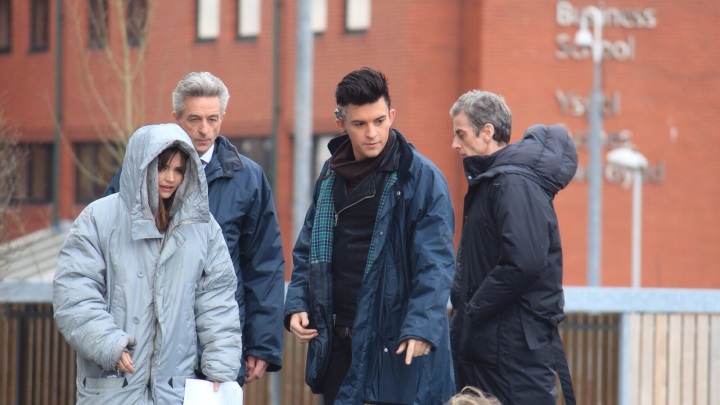 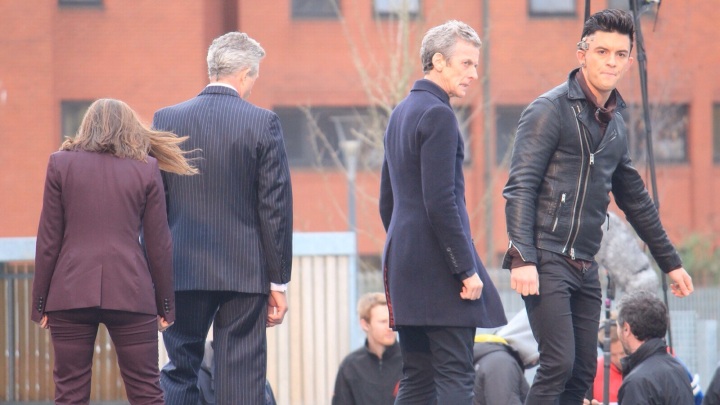 Here we have a few pics of Jonathan Bailey playing a character known as the Cyborg. It has yet to be determined if he will pose any threat to the Doctor and Clara, but his makeup looks very great, if not too stylish. Similar to Matt Smith’s makeup in Nightmare in Silver. 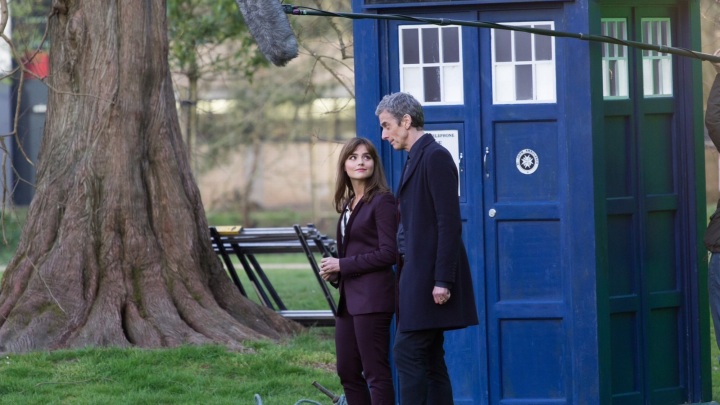 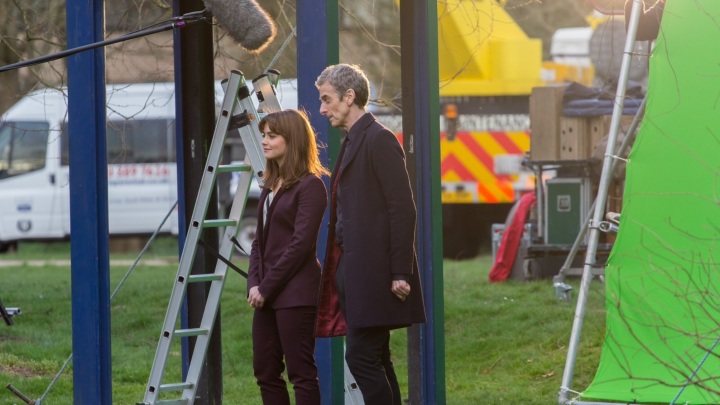 Not sure what I’m to make out of the TARDIS being stripped. That picture could just be them assembling-dissembling it (that’s how they get it it from one place to another), but it may be a trick of the camera. We do see some green-screen action in the background. Perhaps this takes place in the future, or on another planet. 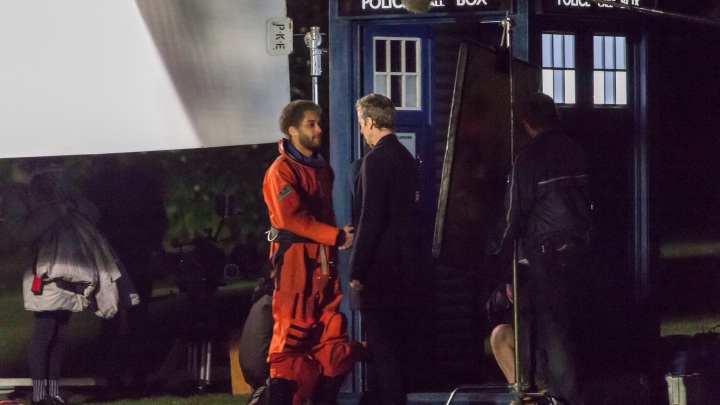 This is an interesting shot. Samuel Anderson as Danny Pink wearing the orange spacesuit that David Tennant and Matt Smith have worn in times past. And it looks like they’ve aged him quite a bit, with greying hair. 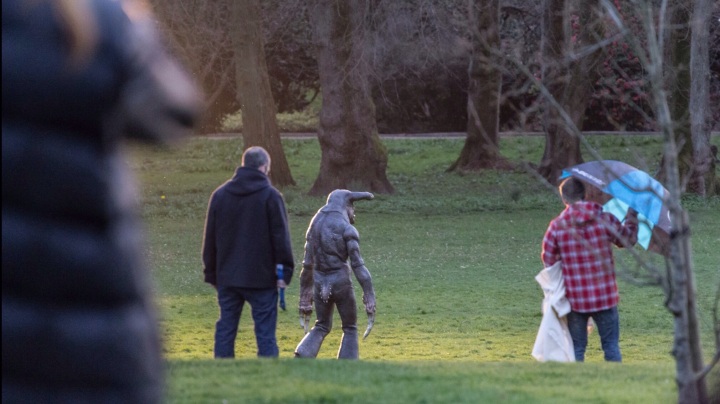 And we have our first glimpse at a new monster from Series 8! Looks a bit like the Minotaur from The God Complex in series 6. What do you think? Are you excited for Doctor Who’s return and Capaldi’s debut?

On a more spoilery note, some dialogue was said to have been released. Now I don’t know who spoke the words, or what context they were spoken in, but they may give some clue to the episodes premise:

“When you talk to yourself… what if the person you’re talking to isn’t really you?”