This is the Geekend Update for geek culture news between February 9th-15th, 2020. Below you’ll find links to the original articles that ran each news item, provided it’s available.

Bong Joon Ho becomes the second person ever to win 4 Academy Awards in a single night for his film Parasite, tying with Walt Disney in 1954. That’s some great company. Parasite becomes the first non-English speaking film in the Academy Awards 92 year history to win the Oscar for Best Picture.

JOKER received the most nominations for the night, at 11. Joaquin Phoenix took home the win for Best Actor, and Hildur Guðnadóttir won the Best Original Music Score.

Brandon Sanderson has revealed that the fourth novel in his critically acclaimed Stormlight Archive series will be titled The Rhythm of War, which was its original placeholder title. For those unaware, the series is currently the highest rated series ever on Goodreads and Amazon. He finished writing the book late last year, and it will arrive on bookshelves on November 17th, 2020. The news was attached with this new art by Donato Giancola, depicting one of the Heralds of the story. 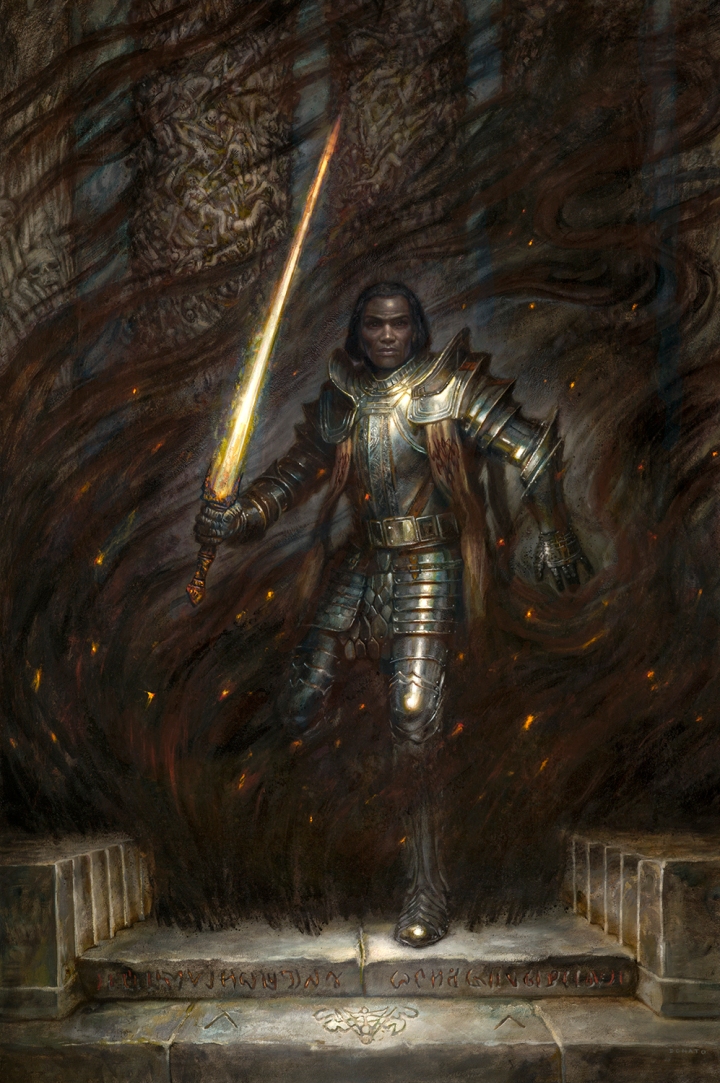 Birds of Prey and the Fantabulous Emancipation of One Harley Quinn is reportedly being billed under the new title of Harley Quinn: Birds of Prey at many theater chains, due to the film’s box office underperformance in its first weekend. This is undoubtedly a last ditch strategy from WB to give the film a final push.

Shazam 2 will reportedly begin filming in July 2020, according to an exclusive from Geeks Worldwide. This will coincide with the July production start of Black Adam, featuring Dwayne Johnson.

Ahead of the on-location shooting window for Matt Reeves The Batman, a really cool first look at Robert Pattinson’s Batsuit was teased on the director’s Vimeo. This is also our first glimpse at Michael Giacchino’s score for the film. It was shot by Greig Fraser. We breakdown our thoughts in this video.

An early draft of the Dune screenplay was unearthed, and Robert Meyer Burnett shared some relatively non-spoilery thoughts on a livestream recently, which has since been removed. He claims that this script, written by Jon Spaihts, adapts the first half of Frank Herbert’s original Dune novel, and is in his words “amazing.” It will have more of a Lord of the Rings vibe in terms of the scale and lore.

Aladdin 2 is reportedly a go, according to Variety. No word yet on whether or not Guy Ritchie or the main cast will return, though Disney is hoping to retain Will Smith, Mena Massoud, and Naomi Scott, but they’re reportedly not extending offers until a script is ready. It’s unlikely they’ll be adapting the direct to home video sequel, 1994’s The Return of Jafar. But if they were to do something akin to 1996’s Aladdin and the King of Thieves, going back to the 1001 Arabian Nights roots, that could work.

Rick Moranis is being brought out of semi-retirement for a sequel/reboot of Honey, I Shrunk the Kids, as originally reported over at the DisInsider over a week ago. Moranis hasn’t been in a live-action film since 1994’s Little Giants. Deadline confirmed DisInsider’s scoop a week later, though chose not to source them.

Harrison Ford claims that they will begin filming Indiana Jones 5 in about 2 months, in an interview with CBS Sunday Morning.

Billie Eilish’s title song for the new 007 film, No Time To Die, is here! It’s slow, brooding, and smooth, with a pinch of her haunting style mixed in. Listen to it in full below, interlaced with footage from the film.

According to an interview with Variety, the hair and makeup team from Black Widow claim that they’ve cast younger versions of the characters to portray a different time period than what we’ve seen. This confirms our earlier speculation that the film will jump around on the timeline.

Loki has added another series regular, according to Deadline, in Gugu Mbatha-Raw. Their details are scarce, but Daniel Richtman has a theory that holds some merit. He postulates that she could be portraying the leader of the TVA (the Time Variance Authority – see last week’s post for details), who in the comics is known as Mr. Alternity. That is just speculation at the moment.

Based on a recent casting call, The Illuminerdi have determined that Ms. Marvel will be reintroducing Inhumans into the MCU proper, with the inclusions of Kamran and Red Dagger. The casting call is going out for Muslim actors in the 17-25 year old range. Kamala Khan is herself also an Inhuman. No word yet if Agents of S.H.I.E.L.D.’s Inhumans will be retconned.

Between Murphy’s Multiverse and the Illuminerdi, we have some confirmation as to when the next phase of Disney+ Marvel series will begin filming. Ms. Marvel, She-Hulk, and potentially Moon Knight are all scheduled to begin filming in August, though Moon Knight may be shifted back a bit as it may be sharing stage space with Doctor Strange 2. Hawkeye will begin filming in September, reportedly. This is all tentative. Hawkeye, She-Hulk, and Ms. Marvel will primarily film in Atlanta.

Black Panther 2 is likely going to be filming at Fox Studios in Australia for a period of time, just as Shang-Chi and Thor 4 will also be doing, according to MCU Cosmic.

Eternals has been under intense scrutiny for the past year or so, between announcement and filming, but according to Daniel Richtman on his Patreon, the films leads will be Gemma Chan’s Sersi, an Eternal, and Kit Harington’s Black Knight, a human. It is said to be a love story between the two.

Sony has added an untitled Marvel Film onto their release schedule for October 8, 2021. Daniel Richtman claims it could be a Spider-Woman film he’s heard wind of a few months prior. Charles Murphy, in his piece Connecting Imaginary Dots, believes there’s a possibility the film could take place in the MCU, considering it will be overseen by executive producer Rachel O’Connor, who also oversaw Spider-Man: Homecoming and Far From Home, but notably didn’t oversee Venom, Morbius, or Venom 2.

There could potentially be a sequel spinoff series of some or multiple characters from Solo: A Star Wars Story coming to Disney+, according to Star Wars Unity’s Jeremy Conrad. He speculates that it could be a Lando spinoff series or film, or something to do with one of the crime syndicates, like Crimson Dawn.

Yes, we are doing it. We are doing it this year… It is a different approach because of the beauty and it’s how things happen. It’s not just what happens. It’s not the typical way of approaching a story. It’s about how things happen, which in fact, is the same that happened in Rogue One. You know the ending, but you don’t know how it happened, and we have that challenge in front of us again, which is exciting.

It looks like Uncharted is set to begin filming soon after all. HN Entertainment is reporting that the Uncharted film will shoot in Studio Babelsberg, just outside Berlin.

If you want to support what we do here, please subscribe to our YouTube channel, and consider pledging to our Patreon.