For those who aren’t aware, Twitch.tv is a website designed to stream live video or video games and e-sports and allow individuals to comment and or input tasks in the system. Along comes someone who found a way to put Pokémon Red Version onto the website, allowing users to input up, down, left, right, A, B, Start, Select, etc. and thus Twitch Plays Pokemon was born.

This sounds all fine and dandy until you actually think about how many individuals there are viewing and playing at one time. In total, the viewership reached upwards of 6.5 million viewers, and in total around 650,000 players. That’s a lot of people playing one game. The madness that ensued was incredibly mesmerizing and hilarious. It took them 16 days, 7 hours, 45 minutes and 30 seconds to eventually work their way through the game. Another facet that made the ridiculous game even more so was the option to vote anarchy/democracy. Anarchy allowed for any number of individual commands to be inputed at once, whereas Democracy allowed the players to vote for each move and this would last about 20 seconds. The more people to choose anarchy or democracy was a vote in and of itself. 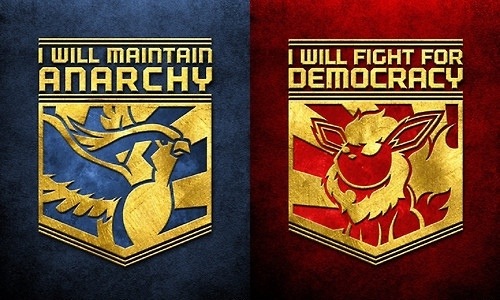 Somehow, beyond my comprehension, they made it to the end. Anyone to ever play a game of Pokémon (or anything for that matter) will realize that there is plenty of strategy involved, and to get thousands to work together by pressing commands into a system is pure madness. They were stuck on the Elite Four for over two days because it was so hard to switch their best Pokémon Zapdos to the front, and they couldn’t coordinate to buy potions or revives. A few Pokémon were accidentally released after visiting a PC, including their starter Pokémon Charmeleon, and Eevee’s evolution Flareon.

Like any notable thing on the internet, people get invested. Memes get created, and a history of ridiculousness ensues. In fact, so much so, that a faux-religion within the boundaries of the game and the memes were created. Due to the fact that Red, the main character, holds the Helix Fossil since the beginning, an item that is eventually used to resurrect the fossilized Omanyte, it was often clicked by mistake due to the high traffic of commands and such. It jokingly became an omen of sorts or a sign of “Lord Helix,” the Omanyte, being the leader and God of the game.

After catching a Pidgey, they named it AAABAAAJSS, which naturally sounds like “Abba Jesus,” so he became the Messiah, or whom they refer to as Bird Jesus. The most creative bit about him is that he has a move called Mirror Move, which literally mirrors the opponents move and thus the term “Do unto others exactly what they just did to you.” 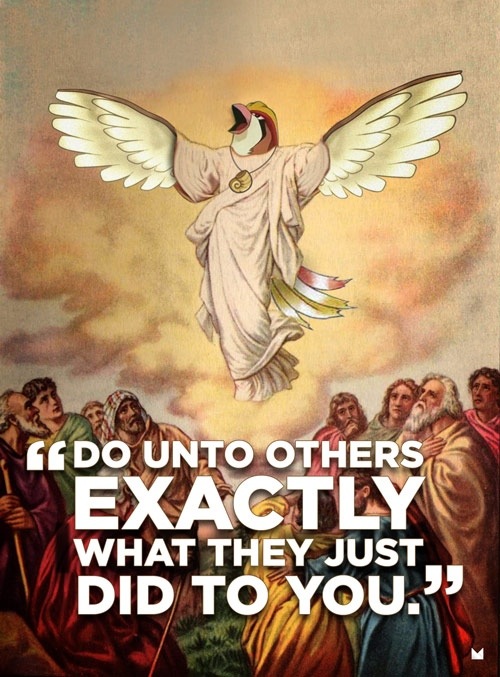 Miraculously, they caught a Zapdos whom they nicknamed AA-J (or battery Jesus) whom they considered an angel. Eventually it was the Zapdos that won the game for them, seeing as how it was the only one doing legitimate damage to the Elite Four. This one was particular trouble to get though. The team was already maxed out, so they had to go to the PC to switch out Pokémon, and somehow in the mix they set free a handful of past favorites, all in their attempt to switch out Pokémon. It was a mess. A hilarious and tragic mess.

Among the Pokémon was a Ratata named JLVWNNOOOO, which they affectionately called Jay Leno. 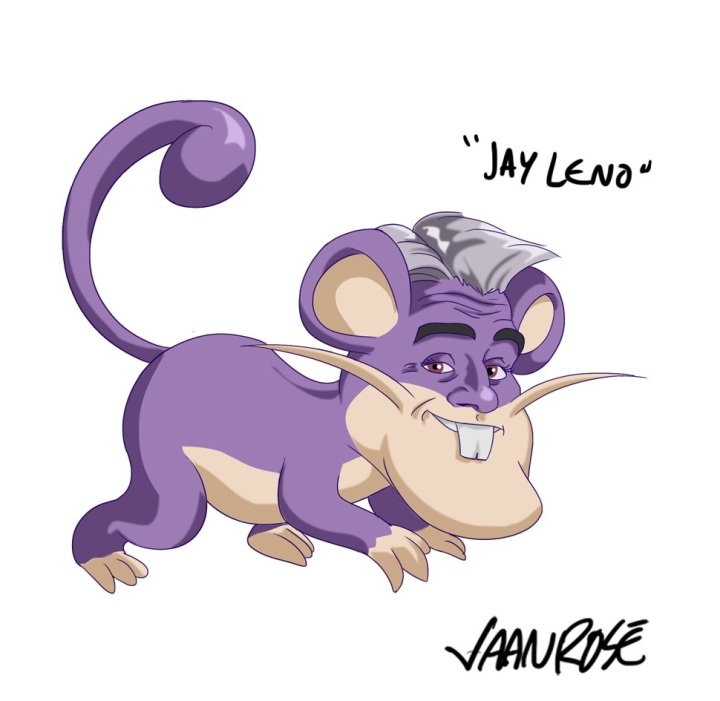 And who can forget the lvl 36 Venomoth that defeated a lvl 62 Dragonite, without losing any health. Somehow they spammed Venomoth’s Disable move and disabled all of Dragonite’s attacks, who eventually just died of poisoning. The Venomoth is titled AATTVVV so he is considered the All-Terain Venemoth. During his battle onlookers compared him to the dragonslayers in Skyrim typing “fus ro dah” in the comments. 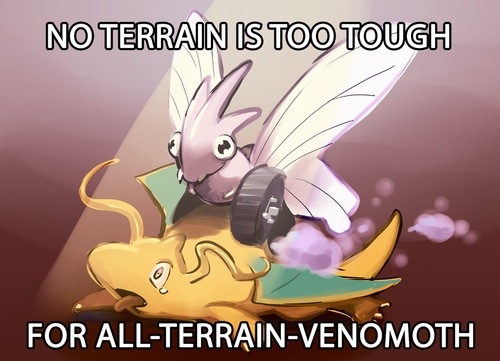 All in all, these are just a few of the ridiculous memes that have popped up over the past 16 days. Only 16! That amazes me that they were capable of some progress, let alone defeating the entire game. Today at 6am EST they begin the next chapter, with Pokémon Gold/Silver Version (Gen 2). At the end of that game the last person you need to face is Red, the champion from Pokémon Red Version (Gen 1). The online community is petitioning that the Pokémon used to beat the game the first time around (Omanyte, Pidgeot, Zapdos, Nidoking, Lapras, and Venemoth, be the same Pokémon used by Red at the end of the next game. For the sake of democracy and anarchy, I hope this is the case.