Feast your eyes on the latest poster(s) for Marvel’s Avengers: Age of Ultron, as they begin their ramp up publicity for the May 1st weekend.

Something worth noting, for those of you eagle-eyed fans, is the fine print, listing the cast. Both Anthony Mackie ﻿(Falcon) and Hayley Atwell (Agent Peggy Carter) are now officially listed amongst the other Avengers cast. I think now’s a great time for a Marvel marathon, in preparation for the big day.

Someone has brought to my attention that famed composer Danny Elfman (best known for his work with director Tim Burton), who has recently worked on Sony’s Amazing Spider-Man 2, is credited as composing Avengers: Age of Ultron.

Also, Robert Downey Jr. has tweeted out the first official character poster, in what is presumed to be a series of posters, all featuring different characters.﻿ 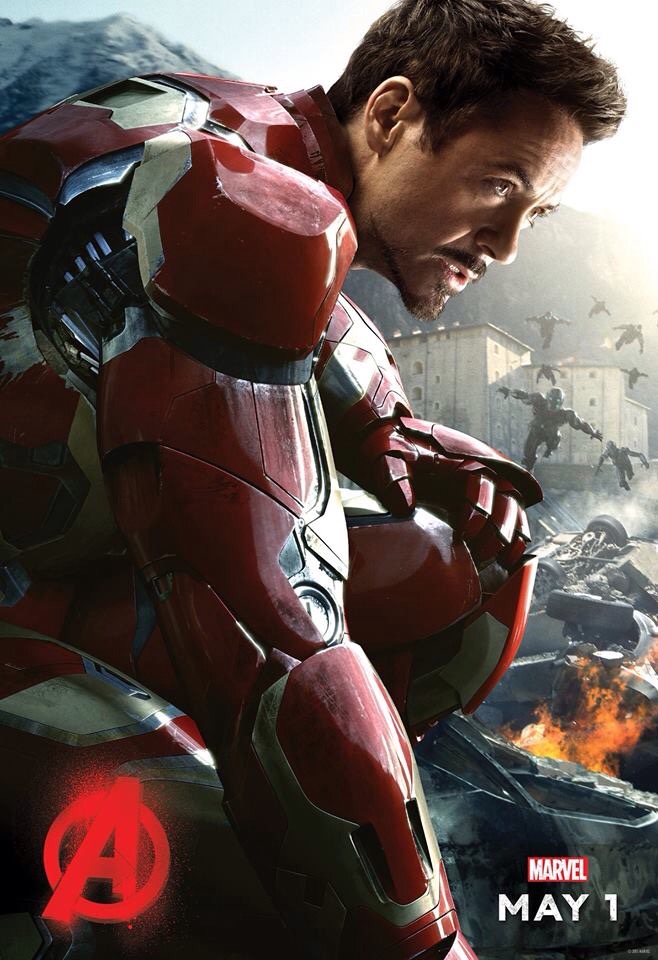 You've been good so here's a new #IronMan poster from @Avengers. & on the DL, big announcement in 8 days… #getexcited pic.twitter.com/AdB1tTib7K

As you can see, he teases a big announcement in 8 days. A new trailer? More posters? Or is it something more? Stay tuned.