You would assume that with less than a month from it’s hitting theaters, Marvel’s latest Avenger (after Quicksilver and Scarlet Witch), the Vision, would have at least one clear picture out there. But up until now all we’ve officially seen is him in the distance, or completely out of focus, or simply a closeup of his eyes. Entertainment Weekly has released four commemorative collector’s covers for their next issue that niftily fit together to form a unique banner. Included on the second is our first clear image of Paul Bettany as the Vision. And he looks great. Take a look. 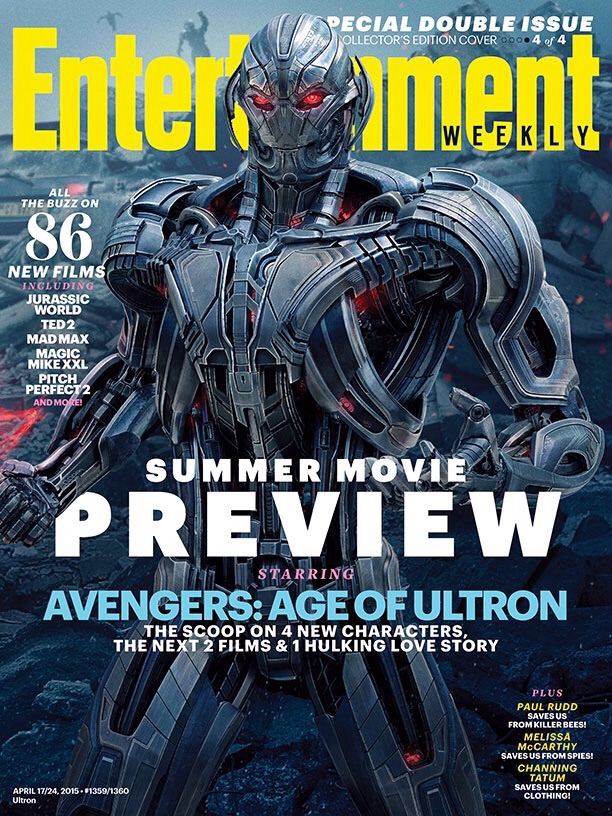 Are you guys looking forward to this as much as I am? Will this movie flop or will it bring Marvel to the next echelon of cinematic brilliance? Let me know below.