Ok, this is just a theory based on simple math and reason, but hear me out guys…

You may not have seen the season 3 episode of Doctor Who, ‘Blink’ in a while and have no idea what that means, so let me break it down.

At the offset of the episode, our leading lady, Sally Sparrow brings her friend Katherine Nightengale to Wester Drumlins (the Weeping Angel’s abandoned house party). Remember when that guy shows up, Kathy Nightengale is sent back from the year 2007 to 1920, and then that guy turns out to be Kathy’s grandson delivering a letter that an elderly Kathy wrote in 1987 for Sally Sparrow? That’s a mouthful, but bare with me. Well, in that letter, Kathy states that she got married to a man from the 20’s named Benjamin Wainwright and had three children. The youngest Wainwright child being a girl that Kathy named Sally, after Ms. Sparrow. 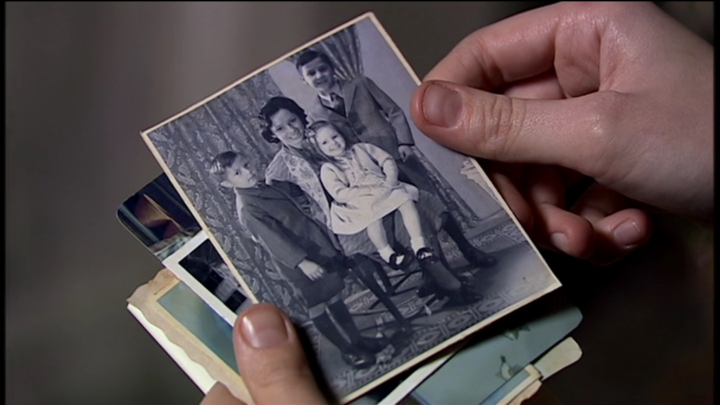 Now, you may also remember a flirtatious babe from the same episode named Billy Shipton. Billy is a detective investigating the disappearance of people in relation to Wester Drumlins. This is what brings us to the lovely meet-cute in which Billy Shipton and Sally Sparrow flirt in front of a dusty blue police box. Billy gets Sally’s number and when he asks for her full name she retorts, “Sally Shipton” without thinking, followed by her instant mortification and departure. Cut scene and fast forward – Billy gets Weeping Angel’d back to 1969 where he receives instructions from the Doctor not to contact Sally Sparrow until after their original encounter. Billy lives his life back to 2007 and calls Sally. They re-meet minutes later for Sally and 38 years later for Billy in his hospital room. An elderly Billy tells Sally Sparrow information that is relevant to the plot, BUT he also tells her that he married a woman coincidentally named Sally from the 70’s. He even shows a picture of his dearly beloved, Sally Shipton. 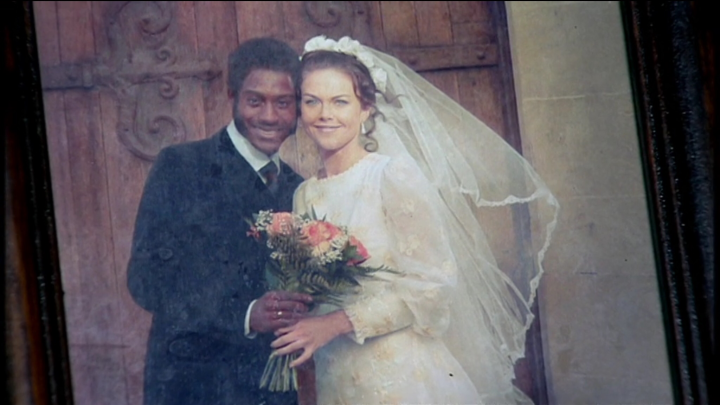 I know this is timey-wimey enough as is, but what if there is more? At this point of the episode I had to press pause because my mind was going through the time vortex. Hey, how cool would it be if Billy Shipton actually married Kathy Wainwright’s daughter? So, I couldn’t resist whipping out my handy dandy calculator and pretending like I don’t blow at math.

Kathy’s tombstone says that she was born in 1902 (because that “cow” lied and said that she was 18 years old in 1920). This part may seem unlikely for that era, but if she were to wait until she was about 25-30 years old to have children, that would bring us to the years 1927-1932. In the picture that Kathy kindly provided in her letter to Sally, her eldest son looks to be about 11 years old. If I guessed his age correctly, that would hypothetically mean this picture was taken around the year 1941 (with a five year window of leeway). Sally Wainwright herself appears to be about 3 years of age in the picture. So with these rough calculations, Sally Wainwright could have been born around the years 1935-1940. This would make her about 29-34 years old in 1969 when Billy Shipton entered her time period. Billy seems to be in his late 20’s at the beginning of the episode, so this kind of works. Plus, in the the wedding picture that elderly Billy shows us, Sally Shipton appears to be in that age bracket.

I know that there are a lot of variables, hence my excessive usage of the word, “about.” Now this isn’t factual information and we don’t know enough to affirmatively verify most (if any) of these claims. Also, there is the question of who Kathy’s grandson’s parents are. He does not say, but since Kathy had three children, there is a 66% chance that Billy Shipton is not the father. My point is this, wouldn’t it be crazy if this theory was true? That would mean that Sally Sparrow in a sense created and crafted Sally Shipton’s life. Think about it, Kathy would have never gone to Wester Drumlins if it wasn’t for Sally sparrow, meaning Kathy would have stayed in 2007, and Sally Wainwright would never have existed. Also, if Billy Shipton had not showed Sally Sparrow the Tardis, The Weeping Angels who were following Sparrow would not have sent Billy to 1969 where he could have potentially met Sally Wainwright. All of these potential happenstances make it extra crazy that Sally Sparrow accidentally says, “Sally Shipton.”

I would appreciate your feedback. Does this make sense? Did Moffat’s arguably best episode just get a little better? How many Sally’s could be in one episode? If there are three Sally’s in one Doctor Who episode, chances are two of them are the same person, am I right? How many Sallys do you know? Am I insane? Have you heard this theory before? Is your name Sally? If so, do you sell seashells by Wester Drumlins?